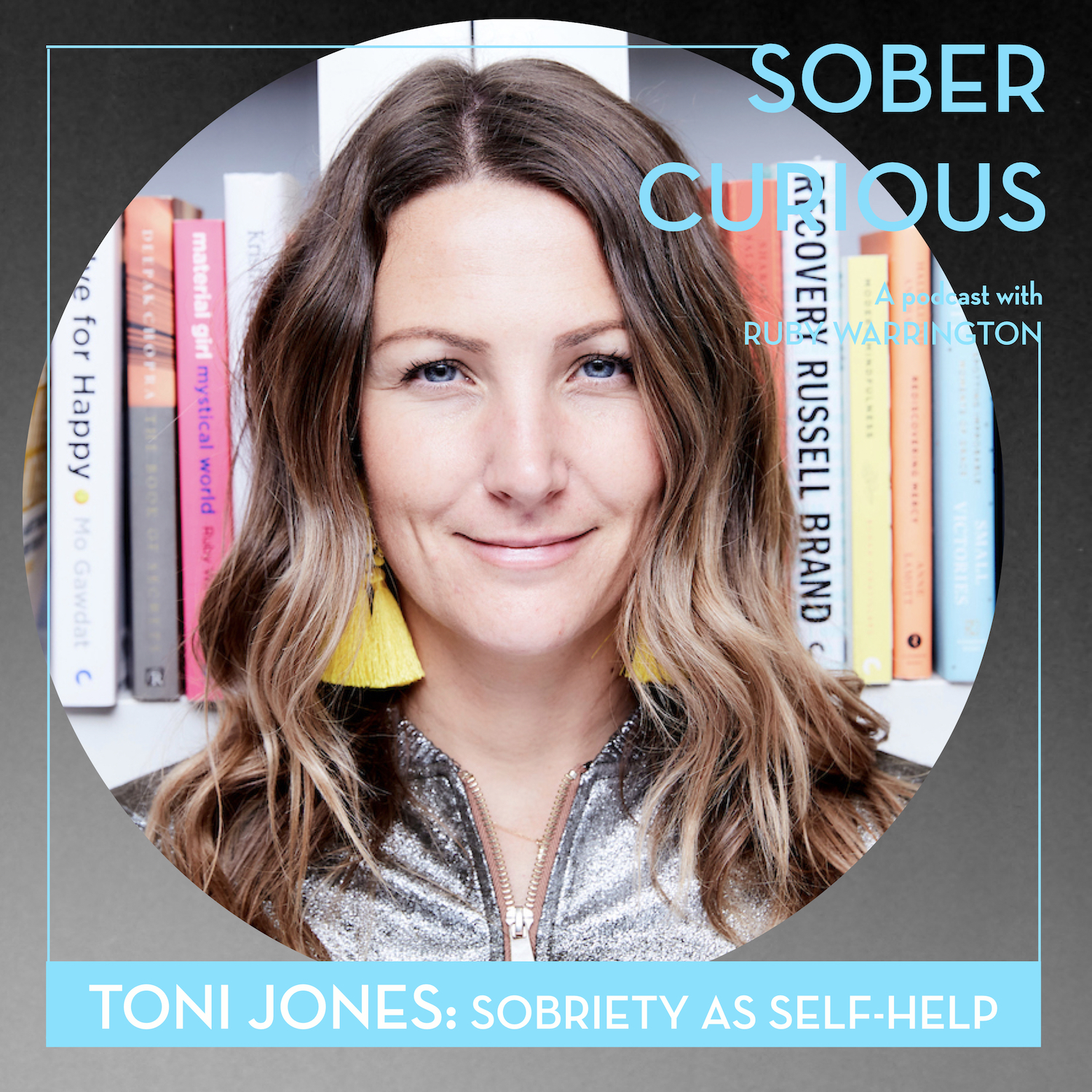 Toni and I know each other from our days working as lifestyle journalists in the UK, an environment where heavy drinking was often expected, and a pretty-much constant stream of free alcohol was considered to be one of the perks of the job.

It was after Toni went freelance a few years ago, that she suffered a real crisis of identity, and was able to see how her drinking was part of maintaining the persona she thought was integral to her success.

She has since gone on to become evangelical about the power of self-help in changing our limiting beliefs about ourselves and the world and working to unwind the habits, including drinking, that are holding us back, and in this episode we talk about the concept of sober curiosity as a form of self-help in and of itself.

She’s also been a huge inspiration to me, and is featured in my new book, The Sober Curious Reset, for having the best come-back ever for when somebody asks why you’re not drinking: which is simply to throw it back at them and ask, why ARE you? In this episode we discuss:

-Choosing a career where free drinks were seen as a perk of the job.

-Becoming addicted to working in a high-pressure environment – as this didn’t allow for any time to think and feel deeply.

-The myth of the work-hard-play-hard lifestyle.

-How her drinking spiraled after she quit her job to go freelance.

-Confronting her cognitive dissonance about being a heavy drinker working in the wellness space.

-Integrating her “party girl” persona with being a non-drinker.

-Using drinking and hangovers as a way to avoid confronting her lack of self-esteem and purpose.

-Finding self-help as a way to help make sense of her identity crisis – and the first book that set her off on this path.

-Why quitting drinking – even if it’s not forever – is the kindest thing you can do for yourself.

-Why she chose to take 100 days of booze to start her Sober Curious journey and what she discovered in the process.

-What she does on Friday nights instead of drinking.

-Her top “quit-lit” choices – and how these titles have helped her.

Discover more about Toni and her work and become part of the Shelf Help book club HERE and find her on Instagram @shelfhelp.club

Thanks to Damrak Virgin for partnering on this episode. You can download a PDF of Mindful Cocktails from Damrak HERE and get $5 off your Damrak Virgin Amazon order through end of Jan 2021 with the code SOBERCURIOUS